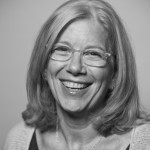 Ricki Seidman, a senior principal at TSD, is a seasoned communications strategist. At TSD, Ricki advises a wide range of clients in the corporate and non-profit spheres. She previously served in government and worked in campaigns. She served as VP Joe Biden’s communications director during President Barack Obama’s 2008 campaign, and in 2009 assisted the White House in their effort to confirm Justice Sonia Sotomayor, President Obama’s first nominee to the Supreme Court. After a senior role in the 1992 campaign, Ricki held several positions in the Clinton White House, including Deputy Communications Director, Counselor to the Chief of Staff, and Director of Scheduling and Advance for the President; she subsequently served as Deputy Associate Attorney General in the Department of Justice. Her experience also includes a stint as executive director of Rock the Vote, on the staff of the late Senator Edward Kennedy and at the civil liberties organization People for the American Way. She received a B.A. from Miami University, Oxford, Ohio and a J.D. from the University of Georgia, Athens, Georgia

Your ticket for the: Ricki Seidman